Language is something that most people take for granted. They don’t find they need more than a basic vocabulary or notice how fascinating the history of specific words can be. And then others…others create whole languages. Anyone out there speak Klingon? That is a whole unique language created for the Star Trek universe. Yeah, yeah, and Tolkein’s Elvish. I just think Klingon is more impressive since thousands of people have actually learned how to speak it.

Anyway, language doesn’t have to be verbal, it doesn’t have to have history that is thousands of years old. Take a look at the language of the fan below. Someone decided they wanted these fan movements to mean something to use as a flirting language. Your task now is to develop a new language. It can be as simple as the gestures used by the catcher in a game of baseball or as complex as Klingon. The point is not the grammatical construction itself as what a new language can do for your character. 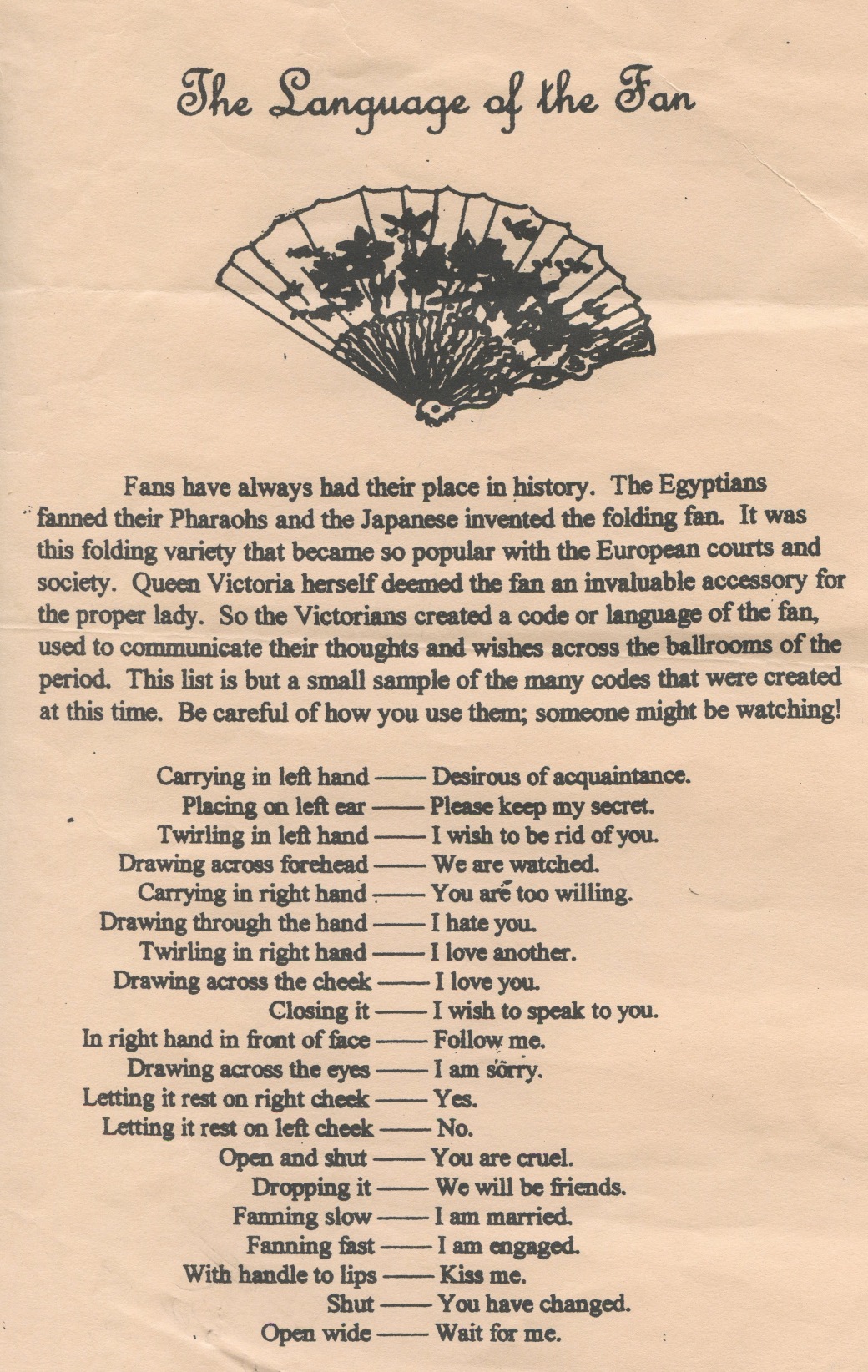