I promise to get you my flash for this week’s prompt eventually. Now that I can actually eat again, I’m starting to be able to think again and there’s a lot of stuff to catch up on.

Princesses are okay girls. I mean, they can be a bit much at times, but who isn’t? The thing about a princess is that she’s used to being treated like a princess. She knows the role, knows your role, knows how it’s all supposed to go down. She knows that you’ll try and impress her with money, or, failing that, falsely-unique offerings to hide the fact that you have no money. She’s seen it all a million times before. It’s dull for her.

Sure, there’s a chance you could distinguish yourself from the princes—but that means you have to become one, and they’re total douchebags. She might notice you that way, but at what cost? Trust me, you don’t want to pay it.

If you do that, they’ll notice. If you give them swords and pirate ships and real fights and explosions, they’ll perk up. If you forgo dates, and take them out trespassing, they’ll start to wake up a little. But it’s got to be real. If the princess gets a hint that it might just all be for her—and she will, if it is—she’ll leave. It can’t be for show. Take her with you to do something dangerous.  Really dangerous, not theme-park-ride dangerous. Give her responsibilities, and make her take risks. Not because you think she’ll like it, but because you need her to, and if she doesn’t hold the other end of the rope you’ll fall into the lava, and if she doesn’t parry, the Dark Man (or whoever) will run you through with his black rapier. Find those places. Find those experiences. Not for her—with her.

Give a princess a sword.

Who knows who she’ll turn out to be? 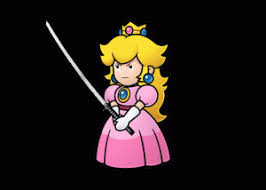